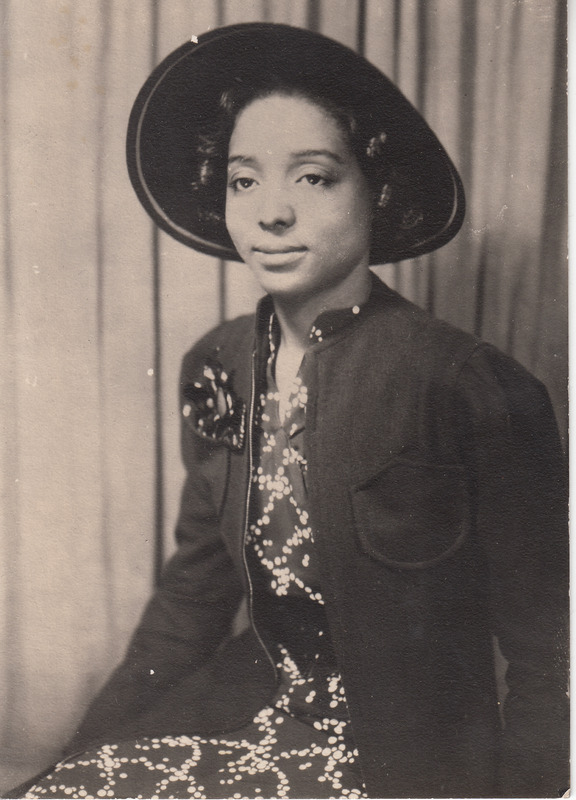 Edith Renfrow when working at the YWCA, 1937.

Like many colleges in the early 20th century, Grinnell had vocational programs to place graduates -- especially women -- into their first jobs.  For Mrs. Renfrow Smith, this assistance continued her long relationship with the YWCA:

“They had the Senior Career Week in Chicago, and oh, I got to go.  And that’s how I got a job at the Y….  My first job was working at the YWCA in Chicago.  And I think about all the different jobs that we had to do.  We had to take dictation.  We had to run the switchboard.  We had to be bookkeepers.  We had to be desk clerks, because we took care of all the people who came in.”

As an organization founded to connect women new to urban areas to housing, support, and employment, the YWCA helped Mrs. Smith adjust to life in Chicago.  “I lived at the Y, and at that time the room was $3.50 a week.” Mrs. Renfrow Smith worked at the YWCA until 1940, when she married Henry T. Smith (1915-2013). 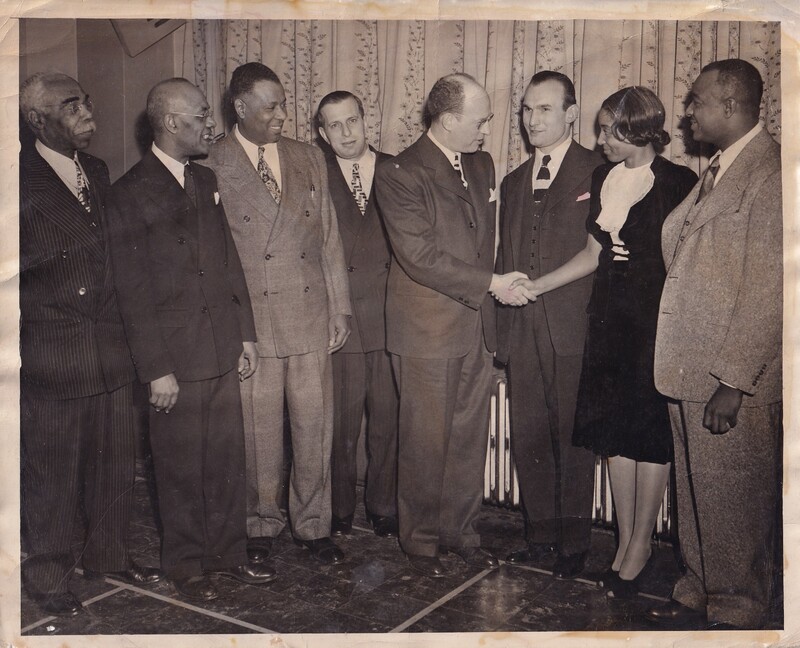 After briefly working as a claims clark in the Department of Labor for the state of Illinois, Mrs. Renfrow Smith moved to the University of Chicago.  There she worked with two professors -- one who was studying the redistricting of schools in Chicago, and another who was focused on the census and urban planning.  Both of her daughters, Edith Virginia and Alice Frances, attended preschool at the Chicago Laboratory School.  In the early 1950s, Mrs. Renfrow Smith decided to become a teacher and took certification courses at the Chicago Teachers College.

Mrs. Smith sitting on the lawn of Theodore Herzl Elementary School in Chicago, where she taught in the late 1950s.

In 1954, Mrs. Renfrow Smith began her career as a middle school teacher in the Chicago Public Schools.  For 22 years, she brought a version of her mother’s advice to this work of educating young people:  “That’s another thing I always tried to instill [in] them.  Use your head not theirs.  Use yours. Think about what you’re going to do.”  In addition to teaching, she helped shaped the development of girls when she served as a Girl Scout troop leader from 1961 to 1965.


A proud alumna →
Working in Chicago